Last month, MKO Ornithology and Ecology teams came together for a morning’s bird ringing in Galway. Bird ringing in Ireland is conducted under the British Trust of Ornithology bird ringing scheme (https://www.bto.org/our-science/projects/ringing). Birds are captured using specialised nets and a small ring with a unique serial number is placed on the leg before the bird is released. Future bird ringers capture the same bird again, generating information on survival rates and ranging behaviour. Ringers also measure body weight and wing length to gather information on body condition and food availability. All data is collated by the British Trust of Ornithology to better understand population trends and species declines.

A total of 77 birds were ringed, including goldfinch, blue tit, great tit, chaffinch and robin. A small portion of these birds had been ringed previously, indicating that they are resident to the area. All ringers were licenced by the National Parks and Wildlife Service with permits from the British Trust of Ornithology. 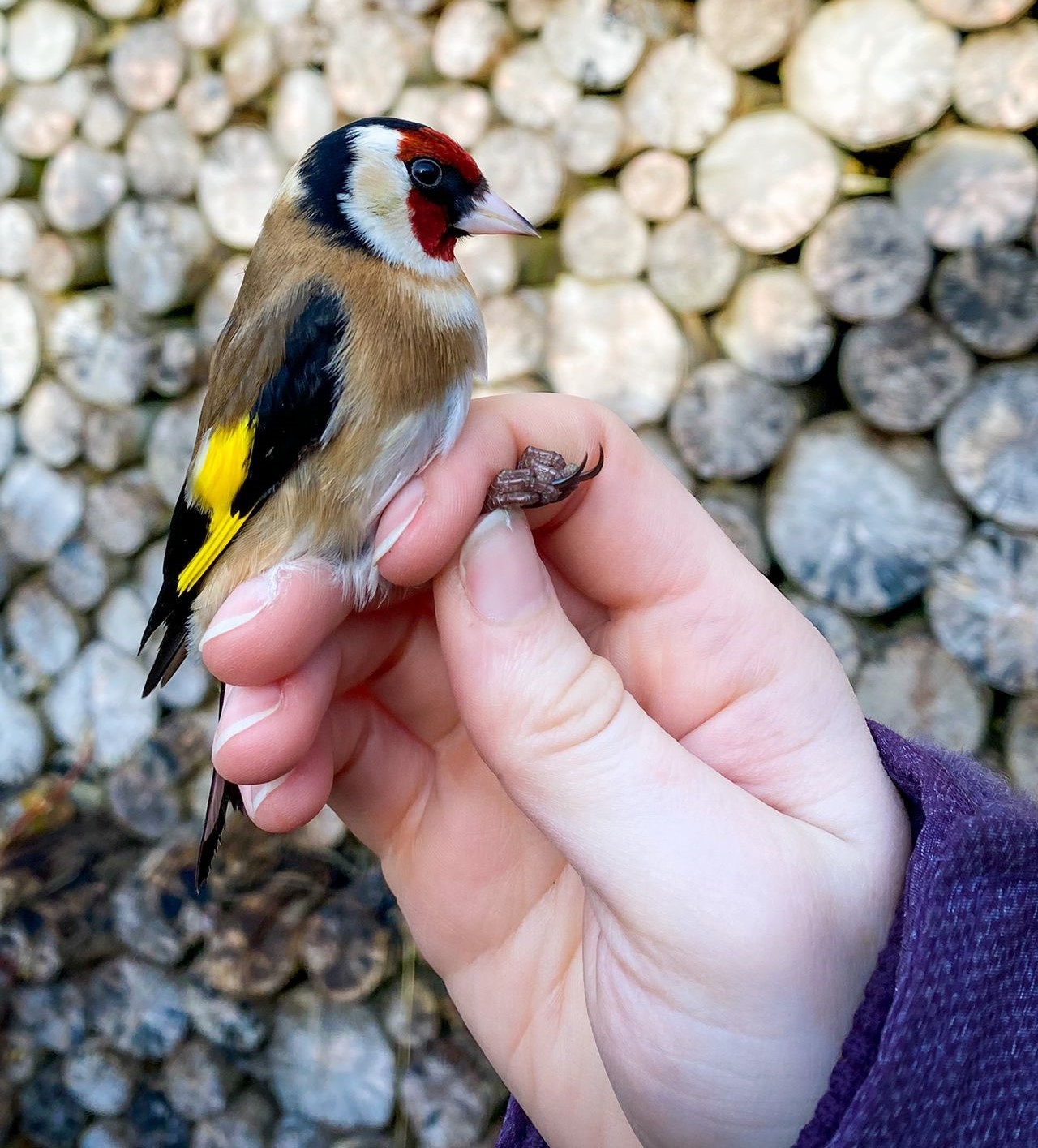 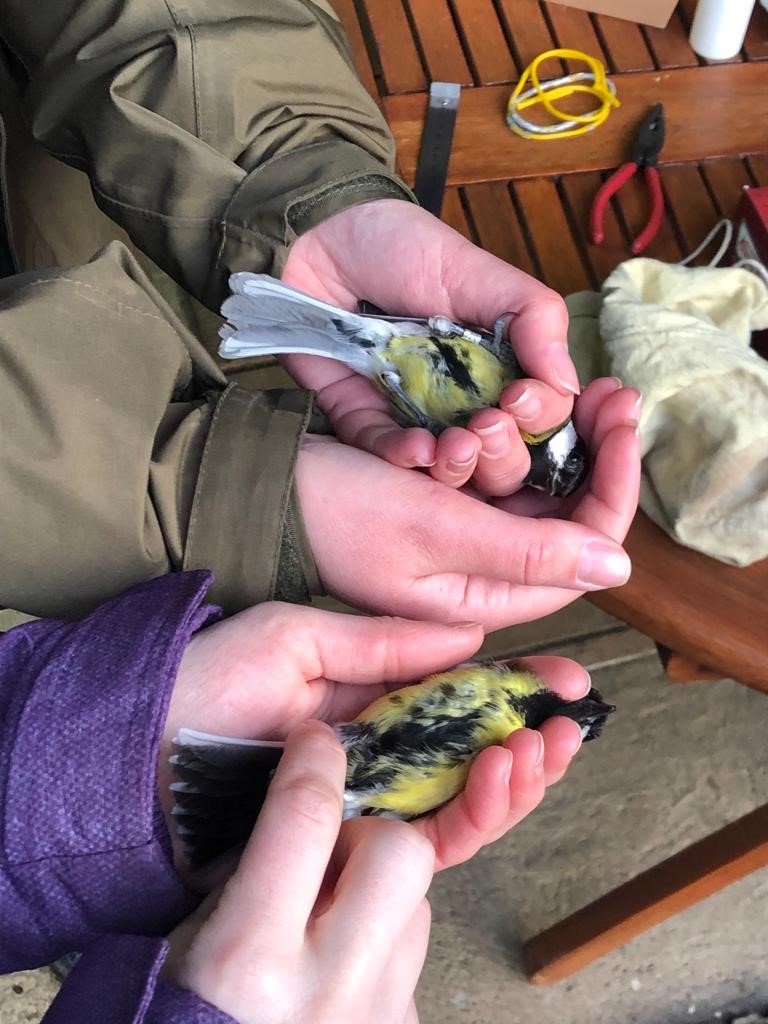