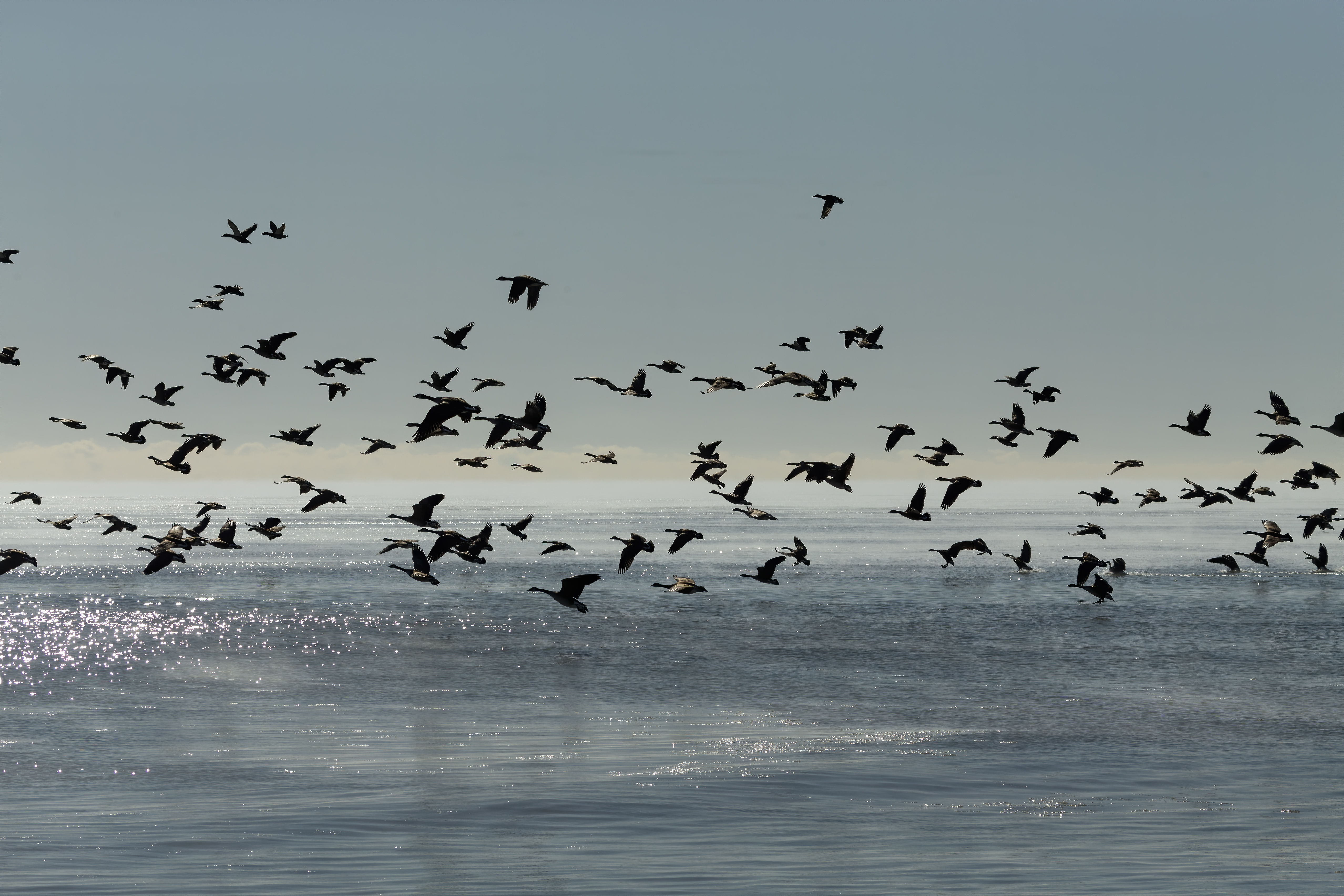 In 2019 an article published by lead researcher Kyle Horton at Colorado State University (CSU), artificial intelligence researcher Dan Sheldon at the University of Massachusetts Amherst and senior author Andrew Farnsworth of the Cornell Lab of Ornithology examined the impact of climate change on the timing of nocturnal bird migration, on a continental scale (48 states of the U.S.). The researchers analysed 24 years of radar data from the National Oceanic and Atmospheric Administration (NOAA) for this study. According to the authors, the study was the first of its kind and was a critical step in understanding the shifting migration patterns and the possible effects of climate change.

“Bird migration evolved largely as a response to changing climate…..It’s a global phenomenon involving billions of birds annually. And it’s not a surprise that birds’ movements track changing climates”

Until recently, capturing the scales and magnitudes of migration in space and time was impossible. Now, with the development of new technologies, these data are more accessible for bird researchers. In the current study, the team of researches used decades of recorded bird flight results from the National weather Service’s weather radars and in doing so, cut down a possible “year of continues computing” to just 48 hours. Software’s such as “MistNet” helped the process along, which extracts massive datasets of bird migration from the weather radars and uses computer vision techniques to differentiate birds from rain on the images. The software also allows for the estimation of flying velocity and traffic rates of migration birds.

The results of the study found spring migrants were likely to pass certain stops on their routes earlier now, than they would have 20 years ago. It was also discovered that temperature and migration timing were closely linked, meaning the greatest changes in migration timings were found to occur in areas warming most rapidly. Interestingly, the study found that timing shifts were less prominent in Fall. The authors suggest that this may have been due to the different behaviour of bird migrants in Fall than in Spring. In Fall, birds are under less pressure to reach their wintering grounds so, their migration pace tends to be much slower and more “punctuated” than in spring where “burst of migrants are seen moving at a rapid pace”.

The findings of this study have helped researchers gain important understanding of future patterns of bird migration and the possible effects of climate change. Climate change could cause small shifts in the timing of blooming vegetation or emergence of insects (important food sources for many migrating birds). These small changes could have huge negative and possibly long-lasting effects on migrating bird populations. In light of this, it is critical that we continue to expand our knowledge on shifting migration patterns and effects of climate change to possible mitigate such effects going forward. The researchers in the current study plan to conduct a similar research in Alaska, where climate change is having severe impacts.