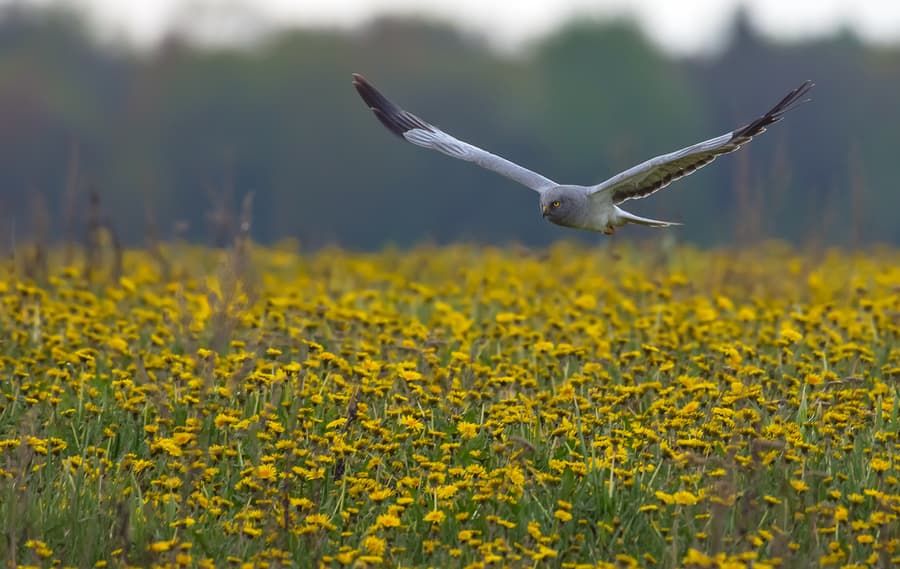 Members of the MKO Ornithology Team were in attendance at the British Trust for Ornithology (BTO) annual Birdwatchers Conference on Saturday the 10th of November 2018 at the Lough Neagh Discovery Centre, Oxford Island, Armagh. Ten scheduled talks took place from various speakers on different studies and research revealing the latest news and advances in satellite/GPS tracking, behaviour and monitoring of bird populations in various regions and for various species.

The first talk was given by Neil Warnock of the RSPB discussing the curlew trial management project 2015-2019. An uplifting tale of how hard work and many survey hours, consultation and cooperation  with local landowners and farmers, showed how a difference can be made in conservation works. The talk rounded off with some positive figures from a successful initiative in breeding curlew populations at Glenwherry Co. Antrim.

An interesting talk by the NIRSG and PSNI which followed, gave insight into an interbody operation whereby UAVs (drones) have been used successfully to monitor Peregrine nest sites in Northern Ireland to deter the high levels of persecution affecting this species. Interestingly the birds seemed unaffected by the fixed-wing drone and continued to hunt and forage within 100 feet of the aircraft and ultimately benefited greatly from the monitoring work conducted.

Professor John Quinn from University College Cork gave a talk on the recent studies and surveys coming out of UCC. The talk varied from the work done on seabird tracking of Manx Shearwater, to strategies to census populations of Shearwaters and other burrow nesting seabirds using playback methodology. John also mentioned the work done at UCC monitoring the Common Tern colony at the port of Cork and gave a mention to our own member of staff Jack Kennedy, a former student at UCC who did his final year project monitoring the colony.

A talk from Stuart Newson from BTO followed. The talk focused on citizen science and how the public have gotten involved in a big way to help gather bat data. Stuart went on to discuss the applications and possible uses for modern bat monitoring equipment and how it has the potential to be used to survey for small invertebrates such as crickets, small mammals which vocalise in higher frequencies such as voles and rats, and even birds such as owls and nightjar.

John Calladine from BTO Scotland spoke on behaviour, movements and tagging of Short-eared owls. The talk focused on the remarkable journey of one female which was fitted with a satellite tag and tracked on her movements through the 2018 breeding season and the last few months. Amazingly this birds did a grand tour of Scotland before settling to breeding in Southern Scotland. It then flew east towards the coast before moving on to Scandinavia for a few months. From there it flew West all the way to Galway, a distance of over 1,000km. From there it travelled south to Cork for a few days and most recently was recorded just outside Limerick. This study shows just how much can be obtained through satellite tracking of birds and the amazing behavioural ecology of short-eared owls.

The penultimate talk was a presentation on the disastrous breeding productivity in 2018 of Tern populations at Strangford Lough in County Down by Hugh Thurgate from the National Trust and Shane Wolsey of BTO NI. Breeding populations were severely affected by predators such as otter and Gulls which scavenged the eggs. Another element responsible for the relatively inexistent productivity of many Tern colonies at Strangford Lough was the stormy weather experienced in summer at a time of high-tide. The rise in sea levels washed away many nest sites and at a time in the season when the birds were unable for a second breeding attempt.

The conference concluded with a talk on tracking and ringing Lesser Black-backed Gulls in Belfast to establish, behaviour and foraging distances for four nest sites on rough-top nesting birds in Belfast city.

The conference was a good opportunity for members of MKO to network with other members of the Ornithology community within Ireland and the UK and was an enjoyable day for all involved.