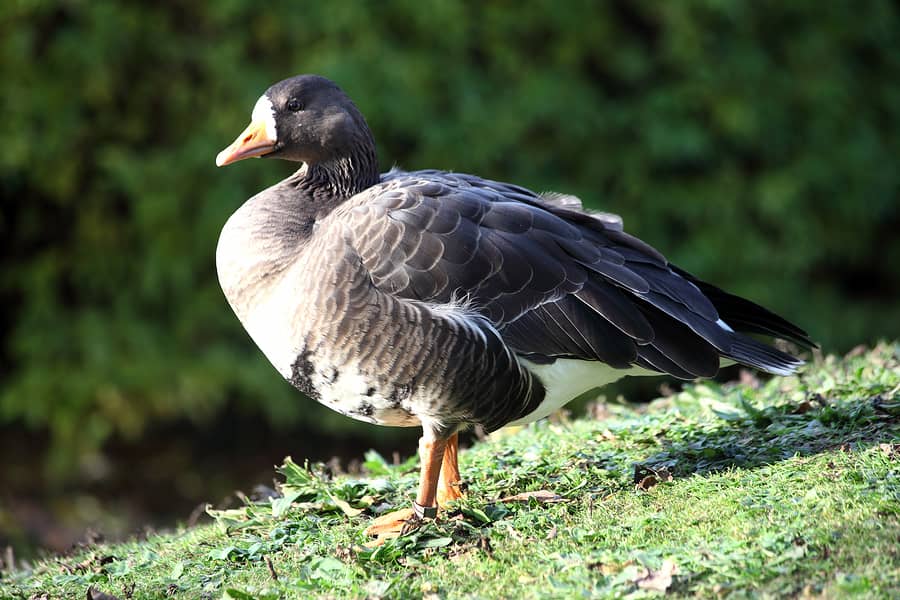 A CIEEM accredited course on Collision Risk Modelling (CRM) was held in the James Hutton Institute in Aberdeen, Scotland on Wednesday the 23rd of January 2019. The course was attended by David Naughton, an Ecologist within MKO’s Ornithology Department, and Senior Ornithologist Padraig Cregg. The course was held by Chris Cathrine who is the Director of Ecology at Caledonian Conservation Ltd. and a leading expert in Collision Risk Modelling.

The course was designed to examine the SNH Collision Risk Model as outlined in SNH 2000 Guidance Note, also referred to as the Band Model. Collision risk modelling is a statistical analysis of bird data gathered at a windfarm through Vantage Point (VP) surveys at a pre-planning stage, whereby the number of transits through the windfarm for a particular bird species is predicted. Once the likely number of bird transits is predicted the biometrics of the bird, dimensions of the turbines within the windfarm such as blade length, swept area and average rotational speed of the turbine are all fed in to a mathematical model to calculate the probability of a bird being hit while flying through the rotor.

This helps to act as a guide to predict how many birds may be killed by a windfarm on average each year during the operational phase. The biometrics of target bird species, including length, wingspan and flight speed can be found through various sources such as BTO online, SNH guidance documents on collision risk model and through various literature review. The amount of transits, time spent flying at PCH and bird behaviour can only be gathered by comprehensive vantage point surveys as outlined in SNH (2017).

Two models are commonly used and accepted when conducting CRM; the regular model and the random model. Both models are used to predict the likely number of collisions per year at a potential windfarm but have slightly different approaches based on the behaviour and nature of the bird flights.

The regular model is generally used for regular flight paths where a species may be travelling between a roosting and feeding site, or commuting/migratory routes which may be used by a species year after year. This model generally applies mostly to waterbirds, particularly swans and geese. Whereas the random flight model is used where no discernible pattern can be attributed to the flight behaviour observed from a VP such as raptor foraging flights.

During this course Chris went through in depth different examples and case studies of both the regular and random flight models. Each member attending the course had a personal computer whereby they could put their learning into practice and conduct CRMs in a hypothetical scenario. The course was a great opportunity for members of MKO to voice questions or concerns with collision risk modelling and also hear the thoughts and practices of various other ecological consultants from throughout the UK and Scotland. The model currently employed by MKO for CRMs is in line with SNH and fully adequate in that sense. This course was a good opportunity however, to refine our skillsets and take on-board some of the thoughts and practices discussed.