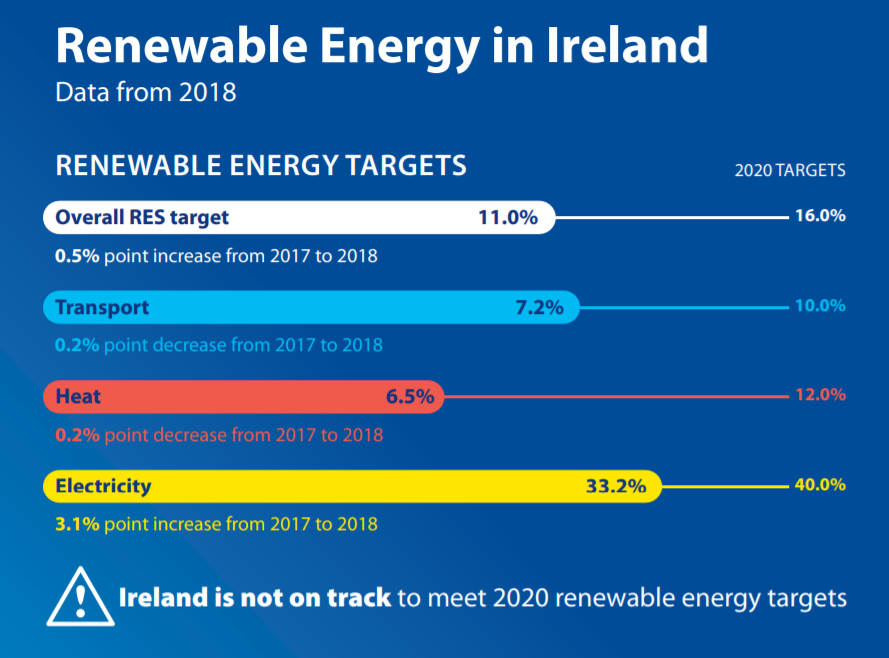 This month, the Sustainable Energy Authority of Ireland (SEAI) published an update to their Renewable Energy in Ireland report (April 2020). According to the report, Ireland is not on track to meet any of its 2020 renewable energy targets and had the second lowest progress to meeting the overall RES target of all EU Member States.

The Minister for Communications, Climate Action and Environment, Richard Bruton commented on the report saying that:

“This report is based on 2018 data which pre-dates the Climate Action Plan. The findings underline the importance and urgency of the work set out in that plan. I am convinced that the all of government approach underpinned by new Climate legislation is the way forward. However, getting back on track for our 2030 target is only the first step. We now need to identify how we can increase that ambition and set new targets for 2030 and 2050,”

Alongside the Climate Action Plan published in 2019, Ireland now has to work towards its 2030 renewable energy targets, which commits to at least a 40% reduction in EU-wide emissions by 2030.

Further results from the SEAI report can be found on their website: https://www.seai.ie/data-and-insights/seai-statistics/key-publications/renewable-energy-in-ireland/