At the end of July we took to the shores of Mayo and hopped on a ferry from Roonagh Pier for our first archaeology trip of the year with the renowned archaeologist Michael Gibbons, to Clare Island.

On arriving at the island, we gathered around to listen as Michael gave us an introduction to the life of the island and the previous families who used to live there, most notably the O’Malley family. Although many know her as the ‘Pirate Queen’, Michael described how Grace O’Malley (or Gráinne Mhaol as she is also known), wasn’t a real pirate but the fearless leader of the O’Malley clan, over both land and sea. She resided for some time on Clare Island in the castle visible as you arrive by the ferry and is said to be buried on the island.

We started our hike and visited an ancient bog-bound forest, a megalithic court tomb and the site of a fulacht fiadh (old cooking pit).

With plenty of kids on the trip, Michael was able to keep them interested and get them involved by letting them act as his junior archaeologists for the day.

After lunch, our final hike brought us along the Knocknaveen Loop walk, where we had great views of the Atlantic and the mainland before we arrived at the Cistercian Abbey which featured medieval ceiling paintings.

From there and with temperatures reaching over 25 degrees, the MKOcean club had its biggest turn out yet, with everyone finishing the day with a swim at Clare Island beach. 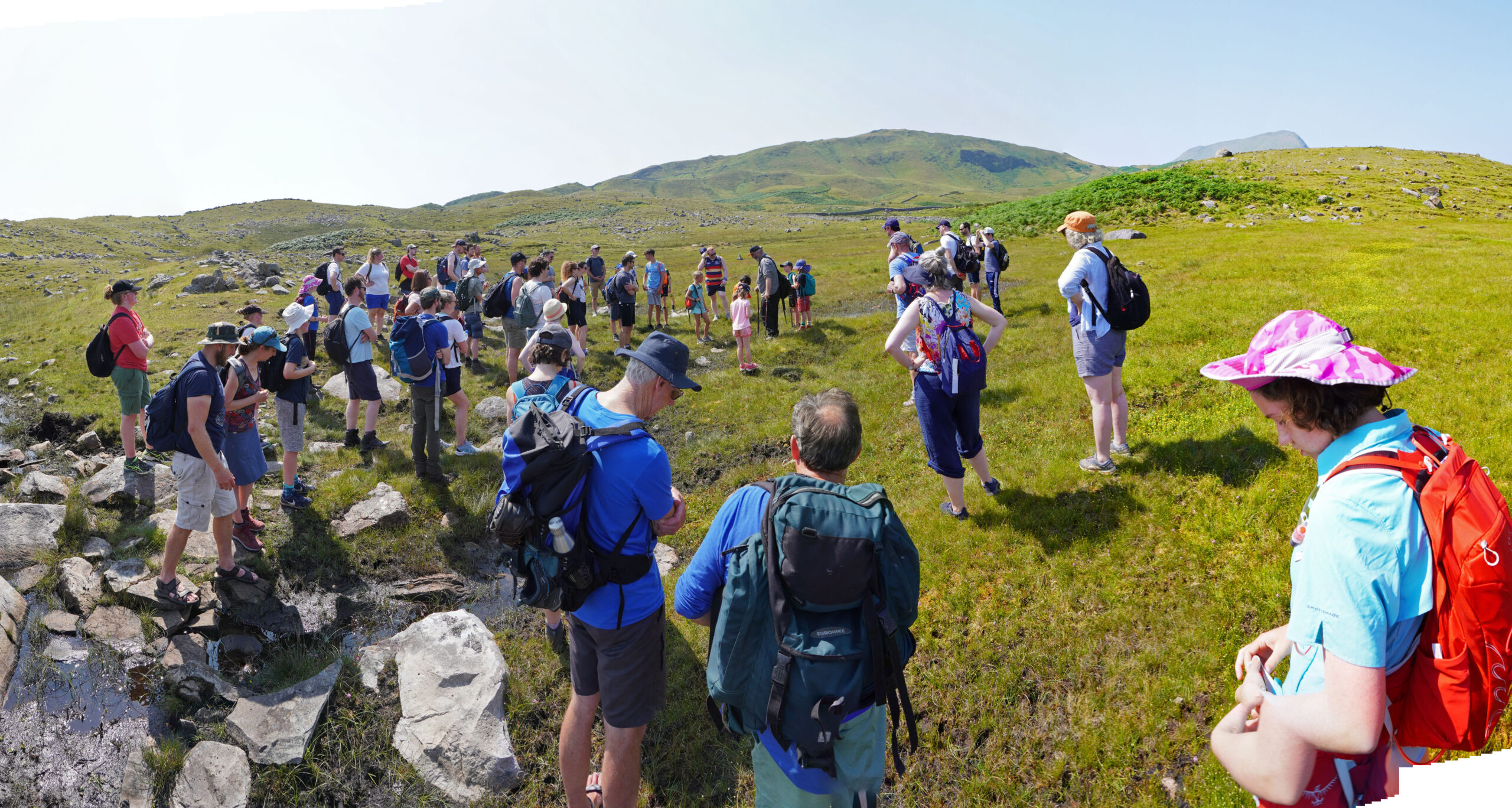 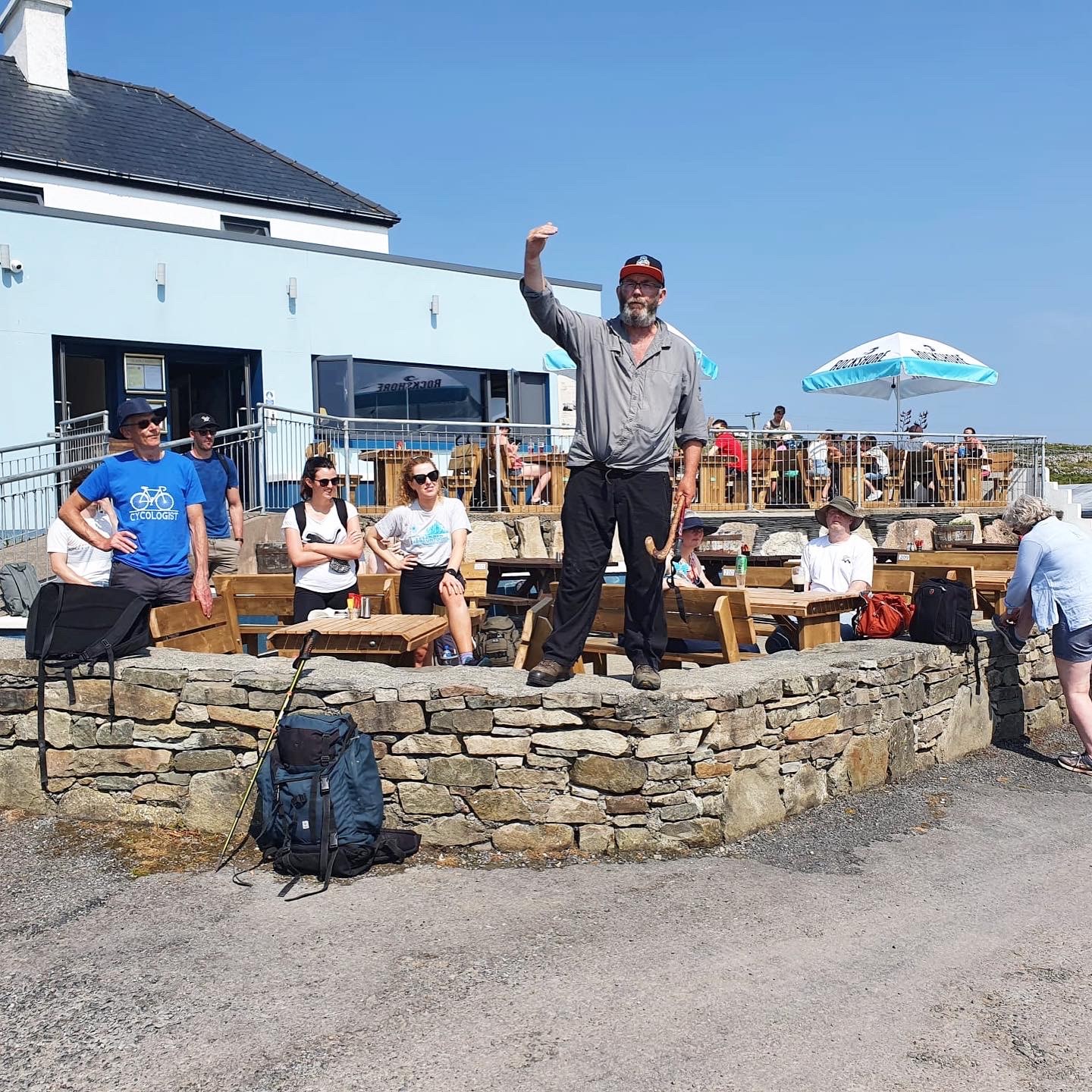 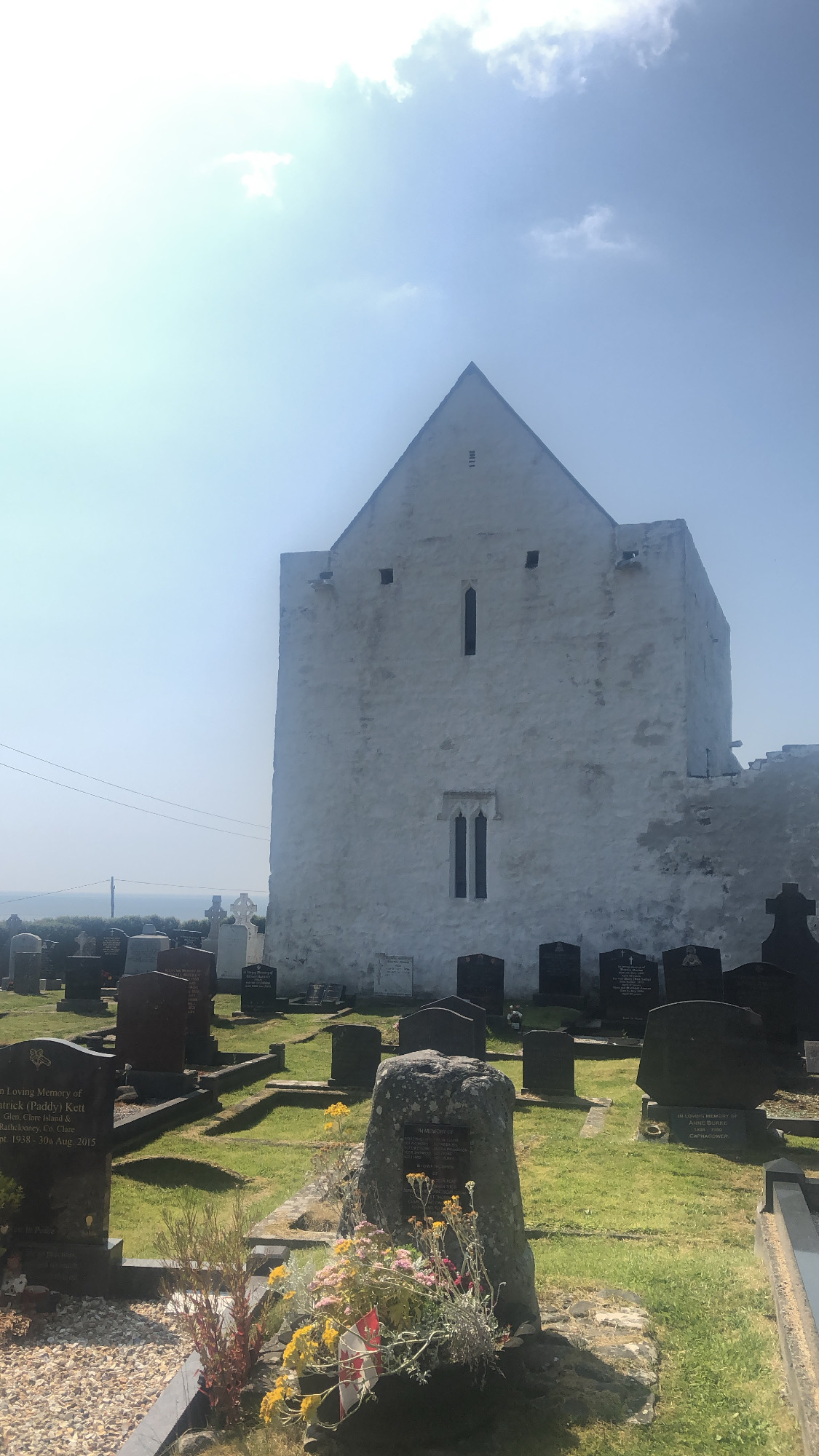