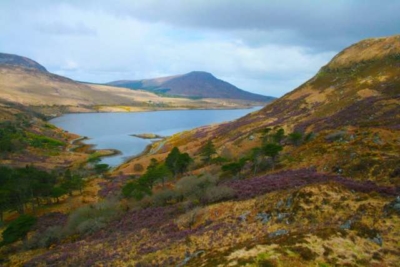 The European Commission has published its first Action Plan for habitat restoration and conservation of biodiversity in the EU. The plan has originated from the Commission’s Action Plan for nature, people and the economy which outlines a series of commitments on the preservation and restoration to two key types of habitat; dry heaths and dry calcareous grasslands. Both habitat types are considered among the most under threat in the EU. They are among the most species-rich plant communities in Europe and are key habitats for many protected species (plants, birds, insects and other invertebrates, reptiles and mammals). Therefore, their preservation is essential to maintaining a biodiverse ecosystem within the EU.

This action plan aims to maintain and restore to favourable conservation status of the EU Habitats Directive (92/43/EEC) Annex I listed habitat ‘Semi-natural dry grasslands and scrubland facies on calcareous substrates (Festuco-Brometalia) (*important orchid sites) [6210]’. This habitat includes a wide range of grassland communities. This habitat is considered to be a priority habitat if it is an important orchid rich site.

Over half (57%) of the habitat surface is included within the Natura 2000 network, covering a total area of around 9,700 km2. As the conservation status inside the network seems to be better than outside the Natura 2000 sites, the action plan includes measures for the conservation of the habitat both within and outside of the designated sites. Included within the main actions are the development of national and regional agri-environment schemes to maintain the habitat in good condition and incentivise participation.

The habitat management measures outlined in this document will also be a useful in guiding the creation and implementation of habitat management plans for this habitat where incorporated into biodiversity net gain or compensation measures in future developments.