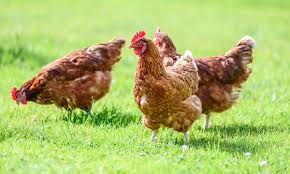 A potential bird flu outbreak in a poultry farm in County Fermanagh was announced in recent days. The Department of Agriculture have warned poultry farmers to be vigilant during the current high-risk period for the disease. Bird flu can affect humans if they come in contact with infected birds with the disease primarily spread by wild birds. Ireland is currently at a high risk for bird flu due to migration patterns which see wintering birds coming over from other countries including Europe, Greenland and Iceland. The disease is often spread when these migrating flocks mix with Irish wild birds in wetland areas, and subsequently passed onto poultry flocks.

This report has been followed up by the news this week of outbreaks of the disease in several eastern European countries in recent weeks. A new outbreak of bird flu was reported in Poland on Monday 13th of January 2020, with around 6,000 geese set to be exterminated adding to several cases already detected in Poland since December. The strain of virus reported from the Polish poultry farm was a sub-type of the H5N8 bird flu, which can also pose a threat to human health. The same strain of the H5N8 virus has also been found at large poultry farms in Hungary and Slovakia.

Bird flu can be particularly dangerous for indigenous Irish bird populations which are already threatened or vulnerable. The recently re-introduced white-tailed eagle populations in Ireland (Killarney National Park and Lough Derg) have been susceptible to the disease in recent years with three birds reported to have died from the disease in 2018 according to the White-tailed Sea Eagle Reintroduction Programme. With such a small number of established breeding pairs in the country, bird flu can be particularly dangerous for species such as white-tailed eagle.

There have yet to be any reports of human infection, although MKO would advise all staff, birdwatchers and personnel who observe a dead or apparently sick bird to be cautious, avoid handling or picking up the carcass, and maintain a safe distance in order to avoid spreading the disease.